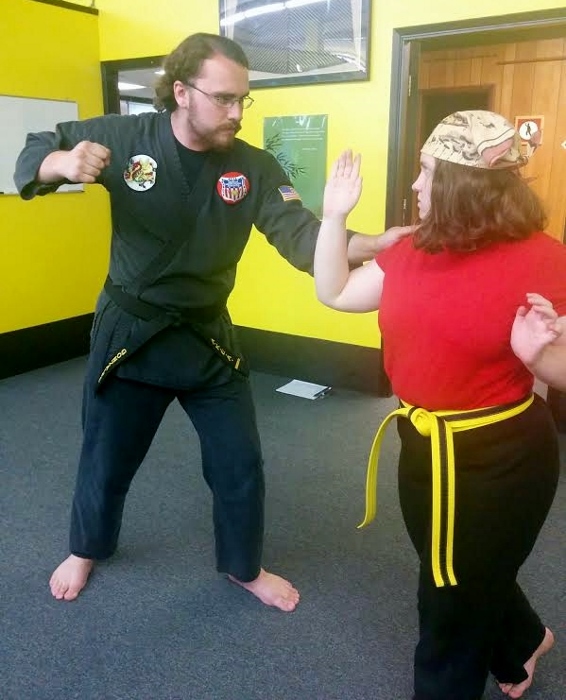 Mr. Gonzales began training at the A.K.E.A. when he was 14, joining his 7 cousins and his aunt who were already a part of the A.K.E.A. family. This shy teenager learned that by working hard in his private lessons and consistently coming to groups, his self-confidence soared.  He also found that he enjoyed learning how to defend himself.

Mr. Gonzales grew to love working with all the diverse weapons in creative new ways, and he began to look forward to Kobudo Camp every year.  He especially enjoys the bo staff.  Even now he is discovering new ways to apply techniques he learns in the weapon forms to his empty-hand training.  He holds the rank of purple belt in the American Karate Kempo and Weapons.

Mr. Gonzales ranked to Shodan in June of 2015.  He says, “Getting Shodan rank in the A.K.E.A. was one of the most challenging milestones in my life.  The guidance I received every week helped me to persevere and better myself, not only in self-defense, but also in my day to day life.”

The time he has spent at the A.K.E.A. in his private lessons, attending groups, and training on his own has paid off.  He is ready to begin a new challenge by instructing.  If you want to see changes in your life, Mr. Gonzales can be your first-hand guide. 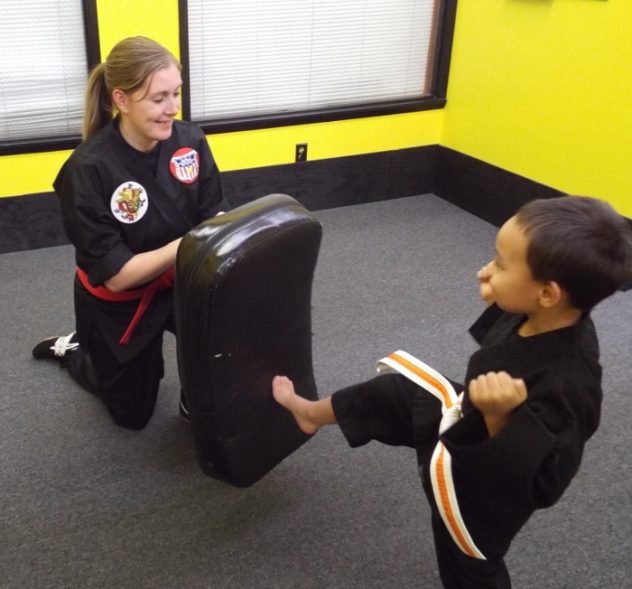 Mrs. Peterson started out as a parent of a Little Dragon in 2010, but it wasn’t long before she made the transition from parent to student.  Combining her experience teaching pre-school with the countless Parents’ Nights she has observed over the years, she is the perfect candidate to take on the role of instructor in the newly expanded Little Dragons Program.

Mrs. Peterson’s passion for educating children is evident.  She enjoys watching them grow and succeed.  In both her daughter’s and her own training, she has seen how the A.K.E.A. builds self-confidence.  She is especially excited to nurture that growth in her Little Dragons groups.  She looks forward to watching them develop into warriors.

As the manager of her husband’s IT company, she also has many administrative skills to bring to work at the A.K.E.A.  You will be seeing and hearing more from Mrs. Peterson as she begins to help Mrs. Barnette with school operations. 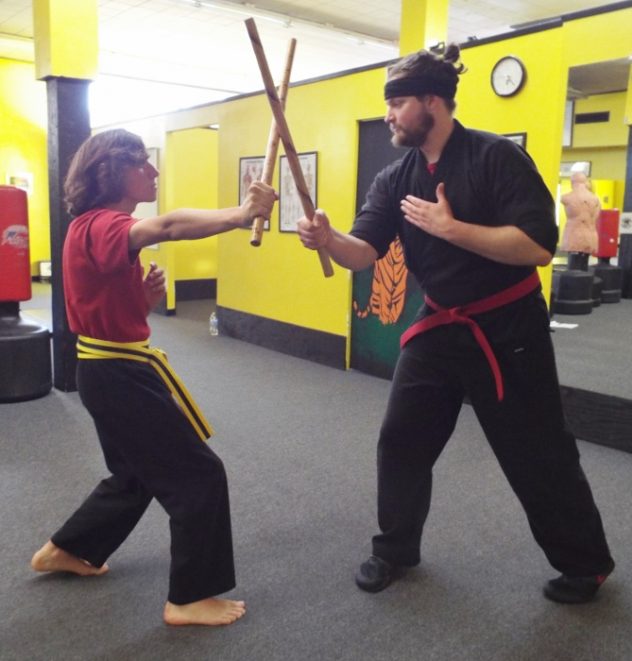 Mr. Tipton comes to the A.K.E.A. with previous martial arts experience, including no gi Brazilian Jiu-jitsu and Tae Kwon Do.   He was also a collegiate wrestler.

As a full time science teacher, Mr. Tipton comes with years of experience in helping students from all walks of life and ability levels master complex subjects. His students voted him Teacher of the Year at his school, because of the way he forms personal relationships with all of them while maintaining an unflappable air of professionalism.

To compliment his academic experience, he also coaches wrestling.  Last year he helped four wrestlers claim the title of district champion in their weight class.

He enjoys the technical aspects of martial arts, and his patience is almost limitless. If you love asking  “why” and don’t like “because I said so!” then Mr. Tipton may be the perfect fit for you. If you want an easy time, then look elsewhere; if you want to excel, then look no further than Mr. Tipton.

7:00 pm Adult Tiger Skills Group
Adult Tiger Skills Group
Feb 2 @ 7:00 pm – 8:00 pm
This group is specifically designed for A.K.E.A. students 14 & over who want to get the most from their training. The focus will be on simple, practical self defense.  Mr. Jordan will be covering basic foundation skills, along END_OF_DOCUMENT_TOKEN_TO_BE_REPLACED
Feb
6
Mon
7:00 pm Youth Advanced Group
Youth Advanced Group
Feb 6 @ 7:00 pm – 8:00 pm
This  group requires instructor permission to attend.  It is designed for youths who have completed the Beginning Groups and are ready to learn more advanced  skills.  This is a FUN and energetic group that will cover sparring, semi-spontaneous END_OF_DOCUMENT_TOKEN_TO_BE_REPLACED
Feb
7
Tue
4:30 pm Youth Beginning Skills Group
Youth Beginning Skills Group
Feb 7 @ 4:30 pm – 5:30 pm
Youth Beginning Skills Group is specifically designed for repetition to wire basic skills into muscle memory.  Training in this group will prepare youth students for more advanced training in the Youth Advanced Beginning Group.
View Calendar
Add