It is with great pleasure that I announce the promotions of two of the A.K.E.A.’s longest running students – Mr. Ken Tork and Mrs. Lisa Carle.

Mr. Tork passed the tests and longevity requirements for Sandan (3rd degree black) with the title of “Sensei” (teacher). He was one of the school’s first students when it was opened and operated by Mr. Shawn Noble in 1994. Mr. Tork has been an instructor at the school since 1996. Many students have been brought to Shodan (1st degree black) under Mr. Tork’s instruction and guidance. His examples of excellence, integrity, and skill have been and will continue to be an asset to all of us – students and colleagues alike.

Mrs. Carle passed the tests and longevity requirements and was awarded Sandan certification. She has been training at the A.K.E.A. since 2001.  She was an instructor from 2003 to 2015. She taught Little Dragons and many private students during her time as an A.K.E.A. instructor. Her desire to learn and continue her training is unique to martial arts students, and it is a pleasure to have her as an example for others to emulate.

*Check out some more pictures from their test here.  A.K.E.A. members can watch a video of their test in the Dragon Lounge. 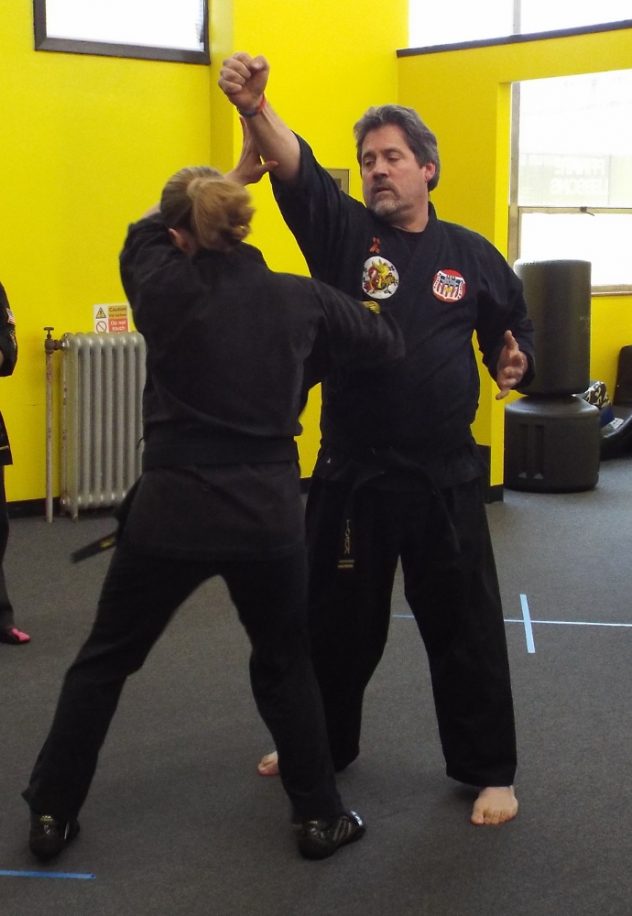